Earn money easily with your smartphone or tablet with micro jobs. Be warned though; Some of these apps are threatened with aggressive advertising.

The essentials in brief:

How do Micro job apps work?

The range of so-called micro job apps sounds tempting: You can use your smartphone or tablet to do small tasks – so-called micro jobs – in apps such as “Goldesel”, “Cash Pirate” and “Gift Wallet”. For example, if you take part in short surveys, download apps or watch advertising videos, you will earn points for doing so. You can later convert these into vouchers or credits, depending on the Micro job app, once you have collected a minimum amount.

If you have collected enough points to have them paid out (e.g. a $5 voucher for 5000 points in the “Goldesel” app), this minimum value of collected points for the next payout can increase with some apps for micro jobs. If you then want to convert the points you have earned next time, you may have to collect 10,000 points (for a $10 voucher) for the next voucher, for example.

But complaints in the early warning network of consumer advice centers show that not all apps for micro jobs seem to be serious. Against this background, the market watchdog team in Rhineland-Palatinate put three micro job apps to the test:

All three apps are quite popular and have been downloaded by users more than a million times each from the Google Play Store.

The review shows: Collecting enough points for a voucher or credit is very time-consuming. For example, at least 5,000 points are required for a payout of $5 for the “Goldesel” app. However, most tasks only bring points in the one or two-digit range. For example, users often only get about 30 points for downloading a given app. In addition, the points for completed tasks were not always credited – the reasons for this remain unclear to the microjobbers.

It’s similar with the other two micro job apps “Cash Pirate” and “Gift Wallet”: Collecting the points is even more tedious here. In the test period of several weeks, it was not possible to get a number of points that could have been used to redeem a voucher.

For many micro jobs you have to disclose your data. E-mail address and telephone number are often mandatory information for completing tasks. Shortly after participating in sweepstakes and surveys in the “Goldesel” app, the market watchdog team received aggressive advertising calls. In addition, over 10,000 promotional e-mails accumulated in a single e-mail account set up specifically for this purpose within four weeks.

The advertising emails come from email marketing companies that the micro-jobbers have not given their consent to use their data. Because the data protection declarations and conditions of participation of the competitions or surveys do not cover a transfer to these advertising partners.

If you want to earn a little extra with micro job apps or money making apps, find out beforehand whether the apps are serious or not. Otherwise you risk your personal data ending up with companies that misuse them for advertising purposes. 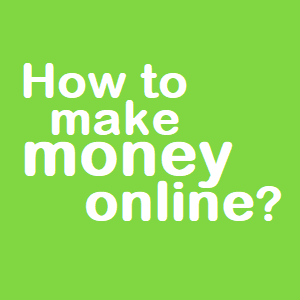